Most of my hobby applications run as Docker containers on a Synology NAS and I really love this cheap and easy possibility to run applications at home.

Sometimes there is a need for settings, which can’t be done with the Synology user interface. This is e.g. the case, if you want to set a specific Docker log driver to collect the logs of Docker containers in a central place - at least this was the trigger for me to check, which alternatives are available.

I already knew Portainer but never used it on a NAS which usually comes with some wrappers around well-known tools like Docker, which sometimes lead to problems. So I decided to give it a try and to document the necessary setup steps in this blog post.

Portainer itself will also run as a Docker container which also simplifies the setup.

That’s why the Portainer Docker container needs to be created using the command line. Please connect to the NAS via SSH. Then replace the placeholders in the command below and run the resulting command via SSH on the NAS.

The placeholders used are:

This command creates the Portainer Docker container and takes care, that it is automatically started e.g. if the NAS was rebooted.

Once the Docker container is created and running, you can access the Portainer user interface in the browser. Just replace the placeholders in <http|https>://<nas-domain-or-ip>:<port> and navigate to the resulting URL.

The placeholders used are:

The page you will see should look similar to the one below. It is used to create the first user on Portainer which will get administrator permissions automatically. Specify the desired username and a safe password and click on the button to create this user. 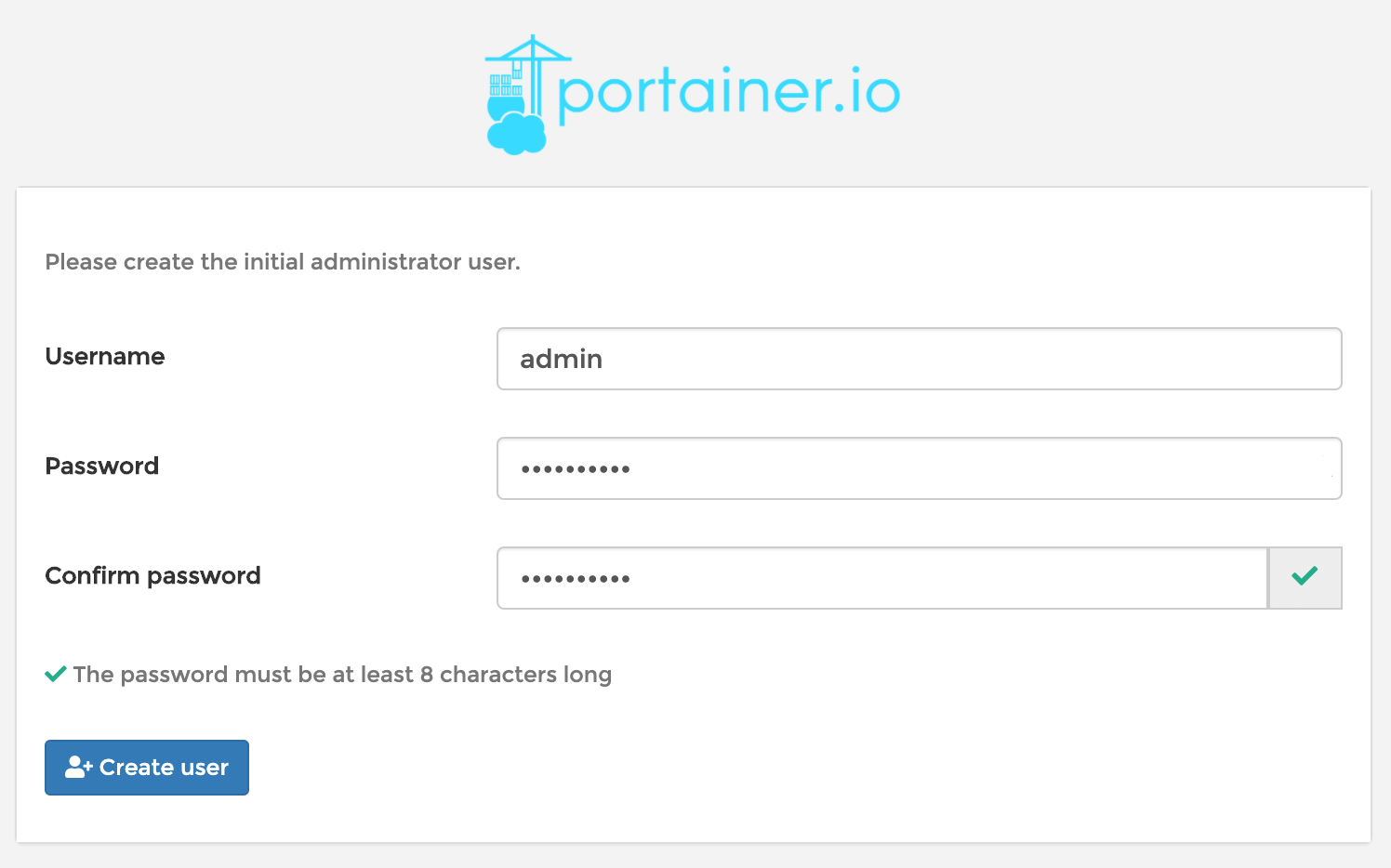 The next step is to further configure Portainer. You need to select the Local option. Then you can click the button to start the connection process.

With the Portainer setup described here, you have an alternative to manage Docker containers on a Synology NAS. Using Portainer offers access to all Docker features - not just the limited feature set provided by the Synology user interface.

I'd love to hear your opinion and experiences. Share your thoughts with a comment below! Please note that comments will appear after moderation.